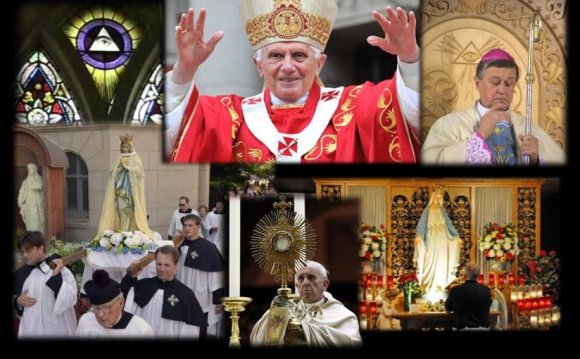 Novelist Dan Brown's new book, is doing for the Freemasons what its predecessor, The Da Vinci Code, did for the Catholic Church's Opus Dei—showering new fame, and new fictions, on a brotherhood that's already catnip for conspiracy theorists.

Since long before The Lost Symbol, Freemasons have been accused of everything from conspiring with extraterrestrials to practicing sexual deviancy to engaging in occult rituals to running the world—or trying to end it. Detractors include global conspiracy theorists and religious organizations, including the Catholic Church.

Released today, The Lost Symbol isn't likely to squelch any rumors, beginning as it does with a wine-filled skull, bejeweled power brokers, and a dark Masonic temple steps away from the White House.

But what if Freemasons—the world's largest international secret society—are just a bunch of guys into socializing, non-satanic rituals, self-improvement, and community service?

To separate Freemason fact from Lost Symbol-style myth, National Geographic News went inside the centuries-old order with two Masons and a historian of the ancient Christian order from which some claim the Masons sprang in the 17th or 18th century.

It's true that Masonic symbols are anything but lost, said Freemason and historian Jay Kinney, author of the newly released Masonic Myth.

Freemasonry is rich in symbols, and many are ubiquitious—think of the pentagram, or five-pointed star, or the "all-seeing eye" in the Great Seal of the United States.

But most Masonic symbols aren't unique to Freemasonry, Kinney said.

"I view the Masonic use of symbols as a grab bag taken from here, there, and everywhere, " he said. "Masonry employs them in its own fashion."

The pentagram, for example, is much older than Freemasonry and acquired its occult overtones only in the 19th and 20th centuries, hundreds of years after the Masons had adopted the symbol.

Likewise, the all-seeing eye saw its way to the Great Seal—and the U.S. dollar bill—by way of artist Pierre Du Simitiere, a non-Mason.

The eye represents divine guidance of the U.S. ship of state, or as Secretary of the U.S. Congress Charles Thompson put it in 1782, it alludes "to the many signal interpositions of providence in favour of the American cause."

There was one known Mason on the committee to design the seal, Benjamin Franklin. His proposed design was eyeless, and rejected.

Much has been made of the Freemasons purported lineage to the Knights Templar. The powerful military and religious order was established to protect medieval pilgrims to the Holy Land and dissolved by Pope Clement V, under pressure of King Phillip IV of France, in 1312.

After modern Masonry appeared in the 17th- or 18th-century Britain, some Freemasons claimed to have acquired the secrets of the Templars and adopted Templar symbols and terminology—naming certain levels of Masonic hierarchy after Templar "degrees, " for example.

"But those [Knights Templar] degrees and Masonic orders had no historic connection with the original Knights Templar, " Kinney explained.

"These are myths or symbolic figures that were used by the Masons. But because the association had been made with these degrees, and the degrees had perpetuated themselves, after a time it began to look like there had been a connection."

By the time of the first Masons, the Cardiff University historian said, "there were no more Templars."

One of the Templar-Mason theory's many veins suggests that some Templars survived the order's 14th-century destruction by taking refuge in Scotland, where they hid a fabulous treasure beneath Rosslyn Chapel (as seen in The Da Vinci Code).

The treasure, and the Templar tradition, were eventually passed down to the founders of Freemasonry, the story goes.

In fact, there was Templar treasure, Nicholson said, but it ended up in other hands long ago.

"The most likely reason [the Templars were dissolved] is that the king wanted their money. The King of France was bankrupt, and the Templars had lots of ready cash."

The Roman Catholic Church and the Symbol of Iron In Bible ...

The Masonic war against the Catholic Church in Mexico