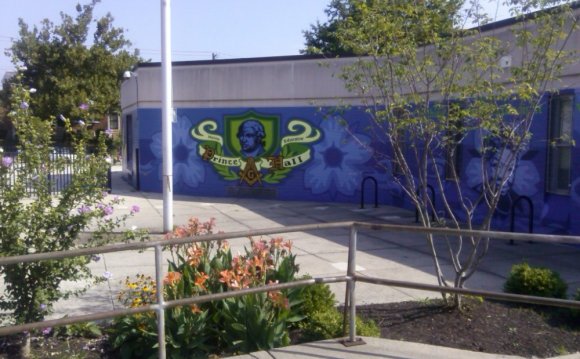 Prince Hall was a prominent citizen of Boston during the American Revolutionary era. He lived from 1735 until 1807 and is the founder of the first Black Masonic Lodge. Hall was freed from slavery at some point after the Boston Massacre. In 1775 Prince Hall along with 14 other black men joined a British Army Lodge and latterly formed their own lodge, African Lodge No. 1.

More than two centuries later, Prince Hall Masonry, which is considered regular by the majority of North America's mainstream grand lodges is considered irregular by a small number of Grand Lodges, residing in the South.

Ed. Note: The following article was written in the 1920s under the title Negro Masonry. It is presented for historical context purposes.

The subject of Lodges of colored persons. commonly called Negro Lodges, has long been a source of contention in the United States. Not on account of the color of the members of these Lodges, but because of the supposed illegality of their origin and operation.

African Lodge continued to operate and in 1827 they proclaimed "that with knowledge they possessed of Masonry, and as people of color by themselves, they were, and ought by right to be free and independent of other Lodges." Accordingly on June 18, 1827, they issued a protocol, in which they said: "We publicly declare ourselves free and independent of any Lodge from this day, and we will not be tributary or governed by any Lodge but that of our own." That is their present de facto status.

They soon after assumed the name of the Prince Hall Grand Lodge and issued Charters for the constitution of subordinates, and from it have proceeded the vast majority of the Lodges of colored persons now existing in the United States.

On March 12. 1947 the Grand Lodge of Massachusetts voted "to accept, approve and record" the report of a special committee of Past Grand Masters on this subject which closed its report with these words: "In conclusion your Committee believes that in view of the existing conditions in our country it is advisable for the official and organized activities of white and colored Freemasons to proceed in parallel lines, but organically separate and without mutually embarrassing demands or commitments. However, your Committee believes that within these limitations, informal cooperation and mutual helpfulness between the two groups upon appropriate occasions are desirable. " This was construed by some United States Grand Jurisdictions as recognition, though not actually so, and recognition of the Grand Lodge of Massachusetts w as withdraw n by some Grand Lodges and threatened by others and in 1949 the Grand Lodge of Massachusetts rescinded this resolution, not because they had changed their attitude, but they said because it seemed inexpedient and this action was taken only for the sake of harmony.

An apparently insurmountable barrier to recognition is the doctrine of exclusive Masonic territorial jurisdiction-only one Grand Lodge in any one state or territory. This rule is confined to the United States and Canada, but is strictly observed and enforced It prohibits invasion of occupied territory by any other Grand Lodge, not alone those of Negro origin and membership.

Since the writing of the article, a number of records of the Revolutionary Period have been discovered which have made it more clear why Negro, or Prince Hall, Masonry is clandestine in each and every American Grand Jurisdiction, and has been for more than a century. Prince Hall sent a petition for a Charter to the (Modern) Grand Lodge of Masons in 1777; according to Masonic law then in effect he should have submitted his petition to one or the other of the two already longest abolished Provincial Grand Lodges in Massachusetts, because he did not ask for a military warrant. Owing to war conditions, and to the chronic dilatoriness of the Modern Grand Lodge in responding to communications from America, the Charter was not received until 1787; yet during this inchoate period the self-styled African Lodge worked as a Lodge, made Masons, and helped to initiate the formation of other Negro Lodges, all in violation of Grand Lodge lau. The Charter itself became dormant, was rendered null and void, and was erased from the lists by the Grand Lodge of England.

In 1827 a group of Negroes made use of this piece of paper, which had become completely devoid of authority, to set up a new "Grand Lodge, " and in which they declared themselves independent of any other Lodge-which declaration was in itself a plain proclamation that in their own eyes they were a clandestine society, and therefore not entitled by either Masonic or civil last to use the name "Masonic." Bodies acting according to the so-called "Prince Hall Constitutions" (which never existed) have continued to be clandestine ever since. In 1930 they had 37 Grand Lodges, with some 750, 000 members in some 5, 000 to 6, 000 Lodges; by 1940, and owing to the depression, the membership had declined to about 500, 000.

In 1899 the Grand Lodge of Washington, acting on a Report submitted by William H. Upton, declared its willingness to provide for Negro Lodges if a sufficient number of regularly-made Negro members could be found; but when one after another of the other Grand Lodges withdrew recognition, Washington rescinded its action. (See under PEACE AND HARMONY.) Upton elaborated his Report in book form under the title of Negro Masonry in 1902 the book is now obsolete because,

1. he did not at the time possess complete data

2. because his argument to the effect that Prince Hall and his associates had been regularly made and possessed a legitimate ritual in the beginning is irrelevant. Many Lodges have become clandestine in Britain and America after having worked for years as regular Lodges side the cases of Preston's Grand Lodge of England South of the River Kent, and the Lodges under the so-called Wigan Grand Lodge, and the many American Lodges which lost their charters during the Cerneau affair; and because

3. the whole structure of the argument which Lipton based on his theory of the Modern vs. the Ancient Grand Lodge is invalid.