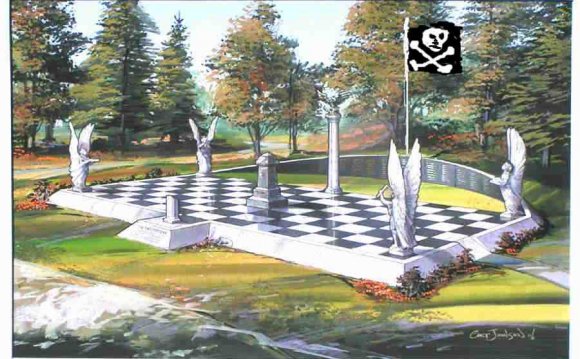 (CBS News) The Square and Compasses are among the traditional tools of stonemasons. They also form the symbol of a group that has been misunderstood and even maligned for many centuries. This morning, Mo Rocca takes us inside:

It's the world's most well-known secret society. Rich with symbols and ritual, it's the source of legends . . . parodies . . . and conspiracy theories.

Welcome to the world of Freemasonry.

True or false? The Masons are a secret society. "No. That's false, " said UCLA history professor Margaret Jacob, one of the world's leading experts on Freemasonry.

True or false? Freemasonry is a religion. No, said Jacob.

True or false? Masons were behind the American Revolution. "False, false, false, " she said.

"Okay, but what about on the dollar bill? The eye and pyramid?" asked Rocca.

"Oh, yeah, the eye, yeah, " said Jacob. "Everybody says it's Masonic. In fact, it's commonplace in the 18th century, that particular set of symbols."

True! Freemasons laid the cornerstone of America - well, at least some of its most iconic structures, like the National Cathedral in Washington and the Statue of Liberty.

If you want to be a Mason, you can petition a local lodge for membership. You'll need to demonstrate good character and belief in some sort of Supreme Being. Oh, and in almost all lodges, it's men only.

Next, you're up for a vote, explains New York State Grand Master James Sullivan. "The lodge votes to accept you, and then you have your three degrees that you go through."

Once you earn "the third degree" (and yes, that's where the phrase comes from), you can join any number of Masonic off-shoots.

Take Brent Morris. He's a 33rd degree Mason and a historian at the House of the Temple for the Supreme Council of the Scottish Rite of the Southern Jurisdiction. (It's that big building in Washington, D.C.)

"This isn't like the Masonic Vatican, but it's an important building, " said Rocca.

"It's an important building, absolutely right, " said Morris. "It's one branch of Freemasonry in the United States, and that's our headquarters."

Inside, the temple lodge room is a stunner. And downstairs, you can see the flag that Buzz Aldrin took to the Moon with him.

Now, if tiny hats and small cars are your thing, there are the party animals of Freemasonry, the Shriners.

You may know them better for their 22 childrens' hospitals, where patients don't have to pay a cent - the Masons are philanthropic. They reportedly donate $2 million to charity every day.

Freemasonry began in medieval Europe as a guild for stonemasons, but lived on as a social organization. The first grand lodge was created in London in 1717. "Now there are many men in these lodges that are not associated with a trade organization; they're 'gentleman Masons, '" said Morris. "They're not stonecutters."

Secret History of the Freemasons (Part 3 of 9).mp4