History of the Masons Society 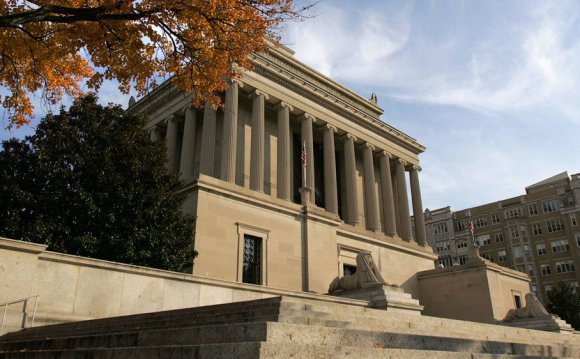 If you patiently read the following paragraphs of historical explanation, you may come to an understanding of "the hidden mysteries of nature and science". Then we can discuss Freemasonry, and you will see truths your Worshipful Master has never contemplated.

From the Garden of Eden a battle has raged between two deadly enemies. The battle began when Lucifer incarnate the serpent, a man-like creature - great giant of a fellow, until God changed every bone in his body and put him upon his belly. Lucifer being God's right-hand man, knew that God's Plan was to build a kingdom. Knowing it would be inherited by Michael, (or Christ), he became jealous and set about gaining it for himself.

God commanded man to multiply, fill and subdue the earth, and to have dominion over it. But by his wisdom, Lucifer knew that as the seed of a horse can fertilize a donkey to produce the hybrid mule God never created, so the seed of the serpent could fertilize the woman and create a hybrid species uncreated by God. And whenever the offspring of Eve by the serpent intermingled with the seed of Adam, the progeny would always be serpent's seed, and NOT on the Book of Life. So he incarnate the serpent and seduced Eve.

From that time to this there have been two races of people on this earth. The seed of Cain, and the seed of Adam. Cain was begotten of that wicked one (I John 3:12). Abel was the son of Adam who was the (only) son of God (Luke 3:38). God placed enmity, that's "hatred, " between us. Lucifer knew that by miscegenation, he could exterminate the seed of Adam and thus fall heir to the kingdom of Christ.

In the time of Noah, God destroyed the world with the Flood because of miscegenation between the races of Adam and Cain. The serpent seed was in the Ark and it is with us to this day. It populated the land of Canaan, and afterwards spread throughout the world (Genesis 10:18).

God made a Covenant with Abraham, and promised his seed would inherit the land of Canaan. As the Promise unfolded we find Abraham's seed was not to be Ishmael, but would come through his wife Sarah.

Their son, Isaac, had twins. Isaac's first-born, Esau, sold his birthright to his younger brother, Jacob. Esau then married two serpent-seed women and an Ishmaelite, whose offspring intermarried with the serpent seed. Thus Esau committed "genocide" for that was the end of the Adamic lineage in Esau whose nation became known as Edom.

Edom is "The people against whom the Lord has indignation forever" (Malachi 1:4). It disappeared from history through miscegenation with Israel and has assumed the name "Jew".

God told Moses, when Israel conquers the Land, they must utterly slay all of its serpent seed inhabitants. Israel were disobedient and eventually found themselves dominated and ruled by these people.

From before the days of Christ there was intense hatred between Rome and the "Jews". Jacob and Esau strove together in Rebecca's womb, and when Esau was born, Jacob grasped him by the heel. The hated and rivalry between these two enemies of God is to this day the root of earth's geopolitical struggles.

When the Ten Tribes of the Northern Kingdom began worshiping the pagan trinity, He dispersed them by the Assyrians. Later when the Southern Kingdom adopted this pagan worship, God sent Nebuchadnezzar to destroy Jerusalem and the temple, and take the people captive to Babylon.

At the end of the captivity, many of the Hebrew people declined to return. Remaining in Babylon, they intermarried and assimilated, so that for the next fifteen hundred years, Babylon, and not Jerusalem, was Israel's theological headquarters. Whilst the returnees brought with them the Babylonian fractional reserve banking system (usury), calendar, the synagogue form of worship, rabbis, Cabbala, and the beginnings of the Talmud and Pharisaism.

John Hyrcanus, Judah's high priest, seeking perhaps to heal the breach between the descendants of Esau and Jacob, forcibly converted the Edomites (or Idumeans) to Judaism. In 37BC, Herod the Great succeeded John when the Romans made him ruler of all Judea - now called Idumea, because of the overwhelming number of Edomites in the population.

Herod was an Idumean who married into John's family, the Maccabees. Thus by the time of Christ, the majority of "Jews" were unrelated to Abraham, Isaac and Jacob by blood, and certainly not by faith. The religion of the Judeans was no longer the Law and the Prophets, but "the traditions of the elders" which had been compiled as the Babylonian Talmud by about AD500. This Babylonian religion called "Pharisaism" became Talmudism. In turn, Talmudism became Medieval Rabbinism, which became Modern Rabbinism we call "Judaism" today.

The History Of The Illuminati Secret Society PT.2/5

The History Of The Illuminati Secret Society PT.1/5

100 Years in America- A History of the Vedanta Society of ...