What are the Masons About? 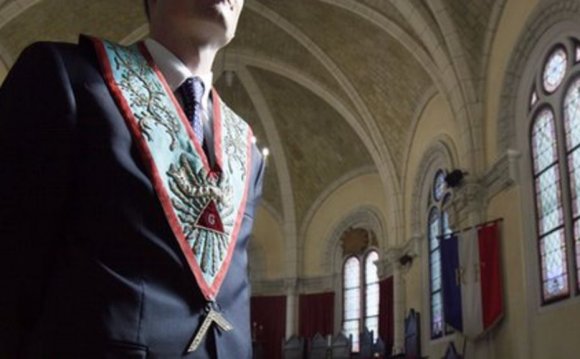 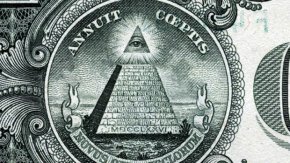 (CBS News) "Sunday Morning" looks at the rumors, fears and conspiracy theories sparked by the Freemasons' fraternal order, its secrets and rituals.

1. When meeting, Masons do not discuss religion or politics.

"There are certain subjects which are prevented or we simply proscribe from discussing within the lodge, " Piers Vaughan, master of St. John's Lodge #1 in New York, told Mo Rocca. "And religion is one. Politics is another."

One of the world's leading experts on Freemasonry confirms.

"Do they discuss forms of politics and events that have happened? Yes, they do, " said UCLA history professor Margaret Jacob. "Do they say, 'Well, I'm a Democrat and therefore I think ...' Or, 'I'm a Republican ... ' No, I don't think they do that."

2. Freemasonry is not a religion.

"Freemasonry has the look of a religion, " said Jacob. "You think of religion as ritual, there's also this ritual element. But there are no priests, there are no ministers, there are no rabbis, there's no system of clergy of any sort. Everybody's their own thinker."

Jacob said the initial response to Freemasonry in continental Europe, particularly in Catholic Europe, was suspicion from seeing "all these men [from] different neighborhoods, different professions meeting in the cafe, breaking bread together, doing rituals, what could this be? Political conspiracy or religion."

In 1738 the Catholic Church condemned Freemasonry, and has since issued about 20 decrees - directly or indirectly - against the fraternity. In 1983 Cardinal Joseph Ratzinger (the future Pope Benedict XVI) re-affirmed this position.

4. Atheists are not welcome.

"So when the Freemasons were formed, [they] said, 'Here's a group of men that agree that God is central in their lives, they can even agree that God compels them to do good in the community, then they can shut up after that." That was a radical concept - that men could get together and agree on that fundamental level, and then get on with their lives."

5. Most of the Founding Fathers were NOT Freemasons.

Two of America's earliest presidents, George Washington and James Monroe, were Freemasons, as were Benjamin Franklin, John Hancock and Paul Revere. But many leading figures in the American Revolution - including John and Samuel Adams, Thomas Jefferson, James Madison and Thomas Paine - were not Masons.

Of the 56 figures who signed the Declaration of Independence, only nine were confirmed Masons, according to the Grand Lodge of Pennsylvania; and of the 39 delegates of the Continental Congress who signed the draft of the new nation's Constitution in 1787, only 13 (one-third) were Freemasons.

6. There are NO secret Masonic symbols on the U.S. dollar bill.

The back of the dollar bill features an incomplete pyramid with an eye on top of it. Many people - including some Freemasons - say it's a Masonic symbol, but that's not the case. UCLA's Margaret Jacob says these symbols have been used by many different groups, including Masons, throughout history.

"I'm sure there are a lot of Freemasons who want to believe [they're Masonic symbols] and who will tell it to you, because it makes the Lodges seem important, " Jacob said. "I mean, if you have a symbol on the dollar bill, that's a big deal!"

Brent Morris said there are two types of people who want to promote the idea that the symbols are Masonic: "The pro-Masons and the anti-Masons - and that pretty well covers the universe.

"The Eye of God is a common icon for God looking over the affairs of man, " Morris said. "It's an icon that appears in cultures across the centuries. The uncompleted pyramid [which also appeared on a 50-pound Colonial note] represented that our country was not yet completed, that we were continuing to grow."

7. The Shriners are Freemasons.

The Shriners (known formally as the Ancient Arabic Order Nobles of the Mystic Shrine), the charity organization best known in the popular mind for driving tiny cars in parades, are an off-shoot of the Masons. They run 22 children's hospitals where patients don't pay a cent.